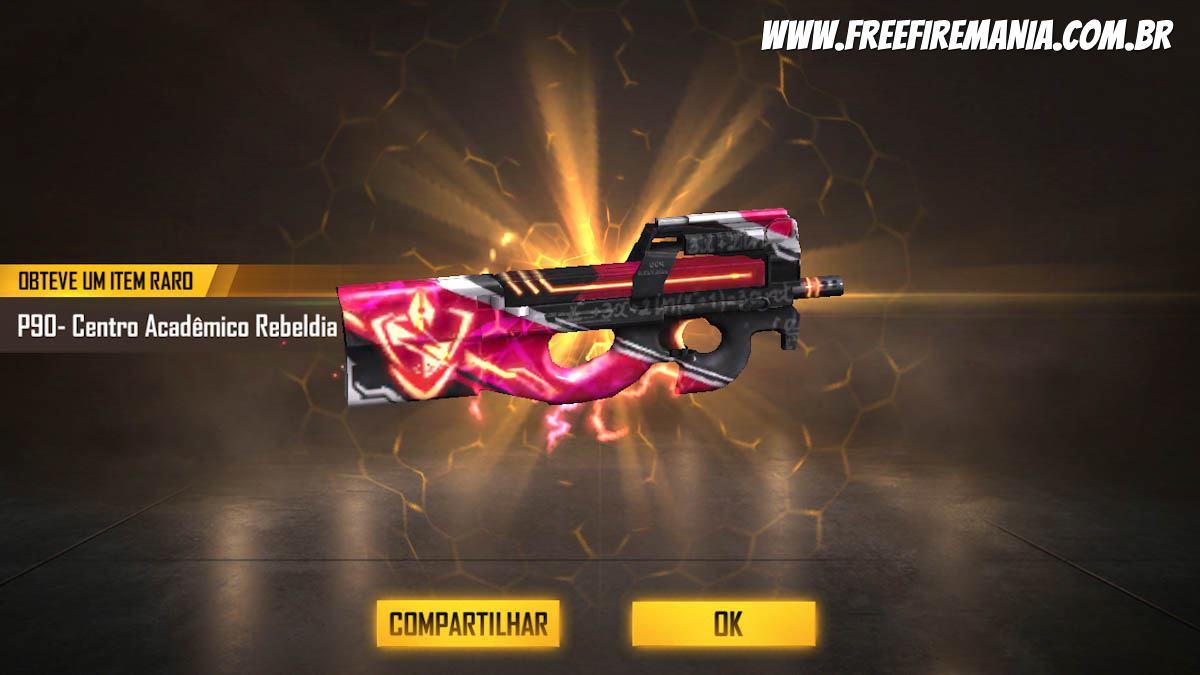 
As we anticipated for you, today arrived on the Brazilian Free Fire server, the new P90 skin at Arma Royale , with the theme of the June Incubator , called the Rebel Academic Center .

The skin of the P90 Academic Rebellion Center is Legendary and can be shown in the Lobby.

Only today will players be able to spin with a 30% discount on the 1st spin, leaving 35 Diamonds per spin.

P90 with attributes for Influencers 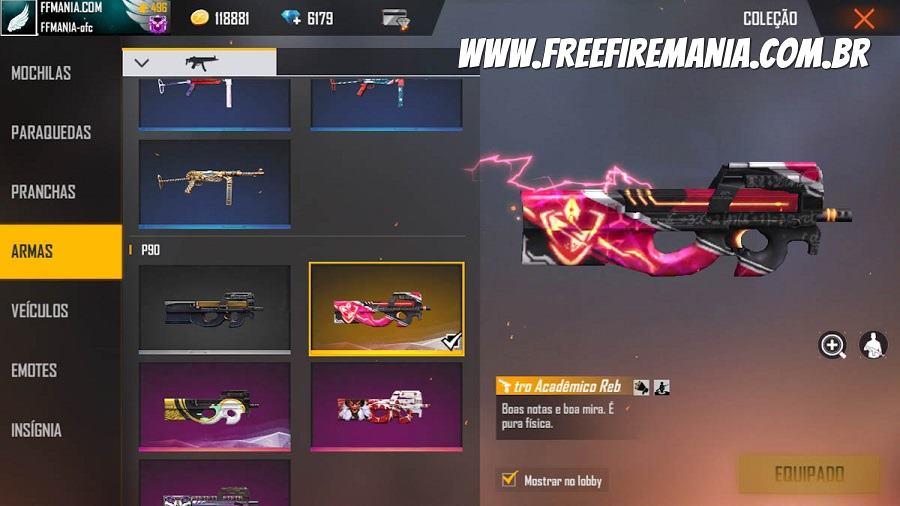 The P90 skin arrived with attributes for all influencers, including Free Fire Mania , but the Free Fire Brasil team quickly corrected the problem, removing the weapon with different attributes and resending the common skin, without changes in attributes.

So, here is the clarification on the attributes of the P90 skin Rebel Academic Center , it was just a flaw that was quickly corrected on the same day.

Bearing in mind that, unlike the other Free Fire servers, in the Brazilian server the weapon skins do not have changes in attributes, they are only cosmetic items as they are known in the gamer community.

To know all the attributes of the P90 , access: Weapon P90 and attributes in Free Fire . 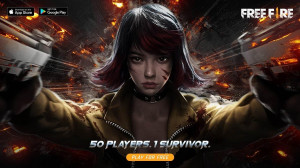 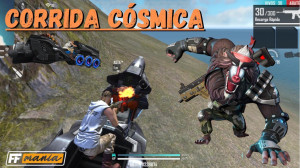 Free Fire Cosmic Race: new mode is the Death Race evolution
Check out the tips to get along in the new FF game mode and get ahead of your opponents