Now check out the New Thematic Waiting Island that will arrive at Free Fire after the April Update.

ID
NEW ISLAND OF WAITING IN FREE FIRE OB21 UPDATE
The apocalyptic theme in Ilha de Espera (Lobby) will come out in the next Update and the Island and Home will now change to a tropical theme, with some references to the Easter theme. For example, the Easter Island Statues. Easter Island, Chilean territory, is a remote volcanic island in Polynesia. Its original name is "Rapa Nui". It is famous for its archaeological sites, which include almost 900 monumental statues called moais, created by the inhabitants during the 13th to 16th centuries. The moais are human figures sculpted with giant heads that often stand on huge stone pedestals, called ahus. Ahu Tongariki has the largest group of vertical moais. 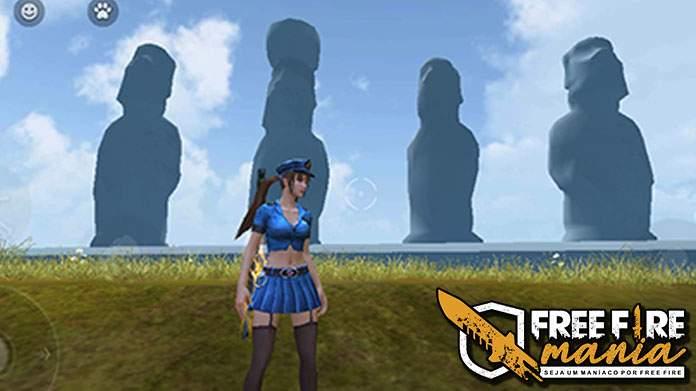 The big screen, stage and elastic beds have been completely removed. Some items were added, such as: Trailers, Kombis, Statues, Beach chairs with a parasol attached, Giant rubber ducks and some boats, some not facing each other. 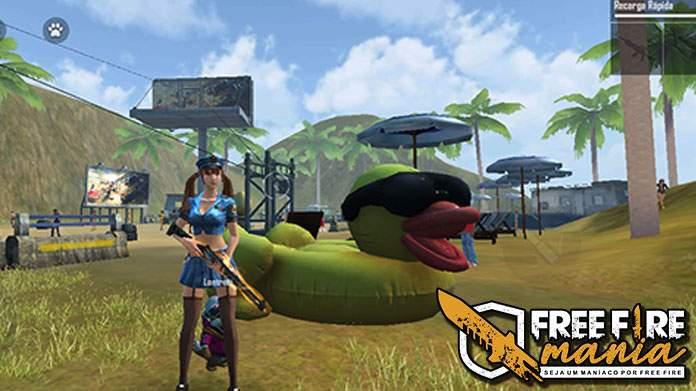 We also have a fully interactive part with the Players, an Egg was added in the center of the Ilha de Espera along with two Football beams and when touching it, the player turns into a colorful football with the Easter theme.