Birthday Free Fire 2021: Thiva character, events and rewards; All you need to know

Gamers are now looking forward to the advent of the Free Fire 2021 4th anniversary celebrations, which are scheduled throughout this month.

Gamers are now looking forward to the advent of the Free Fire 2021 4th anniversary celebrations, which are scheduled throughout this month. According to internet speculation, many rewards and items will be made available. As a result, games get extremely excited about it.

Details about Free Fire's 4th anniversary date and much more

According to a calendar made available by a foreign Free Fire server on their social networks, the game's events will start on August 14th. Therefore, this could mean that they will start on or near the same date for other regions, including Brazil.

It is noteworthy that the anniversary of Free Fire is celebrated in August, as it was in this month of the year 2017 that the Alpha version was released, therefore, August is considered the month of creation of Free Fire.

Developers will also post a summary of similar events for Brazil and other servers. All users can do now is wait for more details to be revealed by the developers, which should be done soon.

The peak day of the anniversary event will be observed on August 28, 2021. The developers have already released one of the rewards users will receive on that day - the Thiva character.

See also: Thiva and Dimitri are the new characters in Free Fire, check out abilities

However, the particular details of it are not known at this time. But it was stated that the newly added character based on DJ Like Mike would be provided free of charge.

In celebration of the game's two previous anniversaries, a completely free permanent character was offered, along with other items. This can give players an idea of the caliber of prizes that should be made available during the event.

Players should be aware that the other rewards leaked online are rumors and speculation, as Garena has not yet confirmed the items that will be made available. 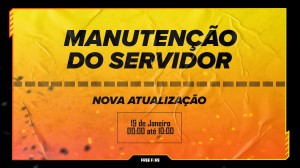 Free Fire January 2022 Update: Maintenance start and end time revealed
While players are excited about the update, a brief maintenance break will be required for the changes to be available. 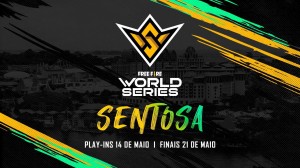 Free Fire World Series 2022 date, format, schedule and more
Battle Royale World takes place in person in 2022, players from 13 regions of the world will fight for the title