Chrono vs Otho in Free Fire: Comparing the Abilities of Two Characters Before Otho's Release

This article will compare Otho and Chrono's abilities.

ID
CHRONO VS OTHO IN FREE FIRE: COMPARING THE ABILITIES OF TWO CHARACTERS BEFORE OTHO'S RELEASE


The two newest additions to Free Fire to the group of characters are Otho and Leon . Although both characters' abilities were tested on the OB30 Advanced Server, they weren't part of the main update. Players hope to be able to access the characters in no time, although Garena has yet to reveal how to do this.

See more: click and learn all about the Otho character in Free Fire

Chrono is a famous Free Fire character whose ability was nerfed in the last OB30 update. This article will compare the abilities of Otho and Chrono .

Price : yet to be revealed

Description : Otho is a researcher at polytechnic school interested in mixing engineering and memory.

Ability : Otho's passive ability is called Calavera's Gaze and helps reveal the position of nearby enemies after a player kills an enemy. The range of position disclosure increases with each level.

Players can strategically plan their next move if the position of enemies is revealed.
This information can be shared with teammates.

The only downside to this skill is that it is suitable for aggressive players. For Free Fire players who don't want to attack and prefer to stay hidden in matches, the skill won't be useful.

Description : Chrono is a bounty hunter from another dimension.

Ability : Chrono can block damage by creating a force field that also increases players' movement speed. Since Chrono's Tuned Shield skill is active, it has a cooldown that gradually decreases with each level.

Chrono's ability allows players to shoot enemies from within the force field. Tunado Shield is very suitable for aggressive combats of Battle Royale and Contra Squad.

Tunado Shield cooldown is very high , which implies that players cannot use Chrono's ability as often as they would like.

The skill lasts for a very short time.

Disclaimer: The selection of characters is an individual decision, and prioritizing one over the other depends solely on the player's playing style. 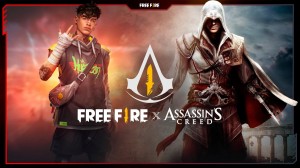 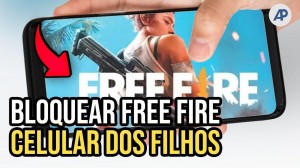 How to stop your kids from playing Free Fire
The app store can block all games that are rated unsuitable for minors, including Free Fire