3 pets that match Wukong, the best character of the moment in Free Fire

Monkey character suffered a buff and is now one of the most used in Garena's Battle Royale matches.

ID
3 PETS THAT MATCH WUKONG, THE BEST CHARACTER OF THE MOMENT IN FREE FIRE


Since the "buff" received by Wukong in the Free Fire update, the character has become a concern for many Free Fire players. Wukong's cloaking ability is considered to be very powerful for Free Fire's META at the moment.

In addition to combining Wukong's skills with other characters to be effective, players can use Wukong with one of the 3 Free Fire pets below!

Mr Waggor is a cool penguin that has the "Crouching Gel" ability. With these skills, Mr Waggor is able to create a Gel Grenade every 100 seconds when players have less than 2 ice grenades in their backpack.

With the Ice Grenade created by Mr Waggor, players can use it when Wukong's cloak ability is on hold. With that, the survivors can be safer when the Wukong cools down. 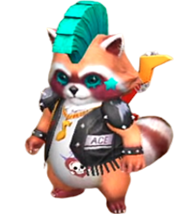 Punkin has a skill called Slightly, which is able to reduce the waiting time for active skills used by 15%.

When players use Punkin, Wukong's waiting time will be reduced from 200 seconds to 170 seconds! So, the survivors don't have to wait any longer to activate the Wukong ability. 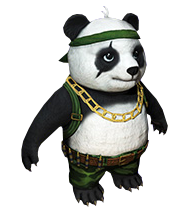 Panda is a Pet that has existed for a long time in Free Fire. Panda has an ability called Panda Blessings, which can increase 10 HP for each kill at the maximum level.

So, in addition to the cooldown on Wukong's ability, which is restarted after killing an enemy, players also receive 10 HP for recovery after striking!

Are you interested in combining one of the 3 pets above with the character Wukong in Free Fire? Comment below!