When will Free Fire's birthday be? See the dates!

See all information about the anniversary of Free Fire

ID
WHEN WILL FREE FIRE'S BIRTHDAY BE? SEE THE DATES!


Free Fire is Garena's most successful game, a unique Battle Royale and the most played game in Brazil, with more than 80 million active players daily worldwide.

Free Fire was initially created in the country of Vietnam, by the small local studio called " 111dots studio ", in August 2017 and already in September of the same year it won its first video on Youtube, the English version of Free Fire only came out in October of the same year.

Thus, every year Free Fire 's birthday is celebrated in August, always in the penultimate week of the month.

Officially, in Brazil and in the world, Free Fire was launched on December 4, 2017, when the application became available in Google Play and Apple Store stores. The first anniversary of Free Fire was held on August 18, 2018 and at that time there were frequent events that raffled mobiles and motorcycles on some game servers.

The main item of Free Fire's first anniversary in Brazil was an iPhone that could be "dropped" through a token at the end of matches, this is certainly the rarest token in Free Fire ! 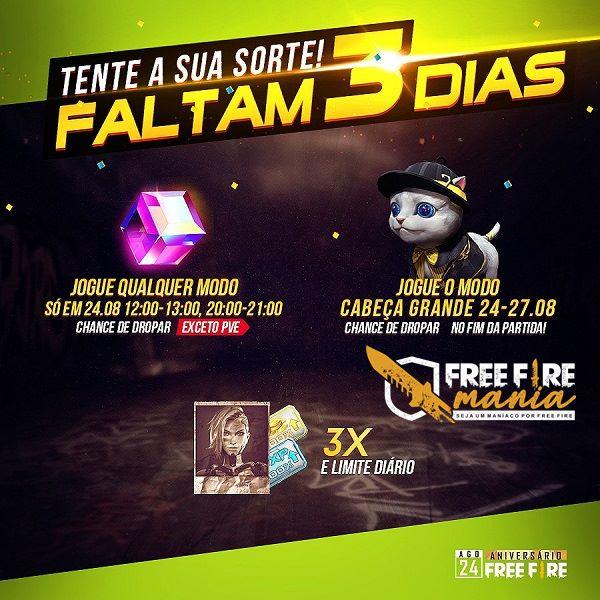 Famous, the Magic Cube was the main event of the anniversary, since on this day, the item should fall randomly in the matches, which did not happen and left the community very disappointed. The event normally took place on another date. 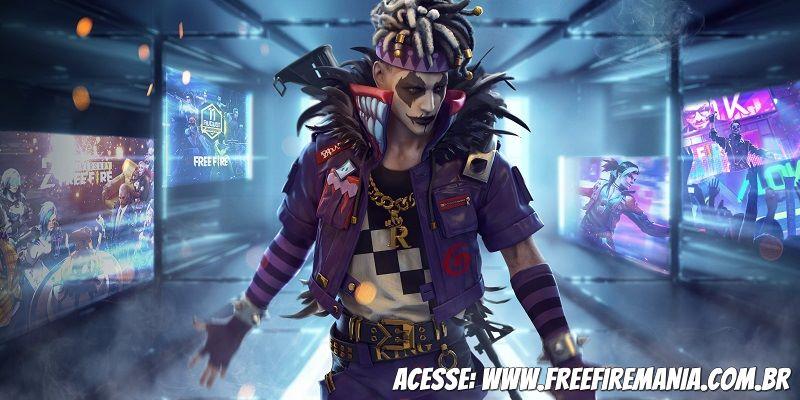 In 2020 Free Fire celebrates 3 years of existence and its anniversary will take place on August 22nd.

Garena has not yet released the list of awards for the 3rd anniversary of Free Fire , the only statement from the company is that Hayato Chama Azul will be released free of charge to players on August 22nd.

And you, comment there, how many of those birthdays did you attend?