UBITA: I'm Mobile and Face Anyone!

ID
UBITA: I'M MOBILE AND FACE ANYONE!
For those who watched the Pro League live until the end yesterday, heard the champion UBITA speak loud and clear: I am Mobile and face anyone! . See also: Ubita, from Pro League Champion to Banned by Garena Ubita was chosen the MVP (best player) of the Pro League, recognized and chosen unanimously by those who watched the competition. In addition to helping New X , becoming the Brazilian champion of the second season of the Pro League, Ubita released the phrase to more than 800 thousand people who watched the live live. At the end of the Pro League, Ubita was asked by reporters if there was any prejudice against mobile players, so he fired: “It is clear that those who play on the PC have a certain advantage, but it is not impossible for a mobile player to win, I am here to prove it ”. It was not the first time that Ubita spoke the phrase. During the week, in the concentration of the hotel, Ubita repeated in several moments: “I am Mobile, I will show that we can win!” In a little while Ubita will answer the questions of Maniacs, leave yours in the comments!
SHARE
KNOW MORE:
RECOMMENDED: LATEST NEWS: 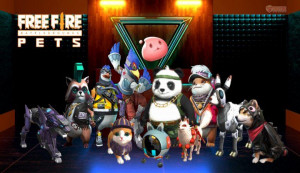