The 15th season of the Free Fire ranks ended on June 26th and many players failed to get the highest rank in the game, the highly sought after Master .

But if that was your case, rest assured, according to Garena's official statistics, the number of players who failed was far greater than you can imagine.

See the table with the patent statistics for the 15th season of Free Fire: 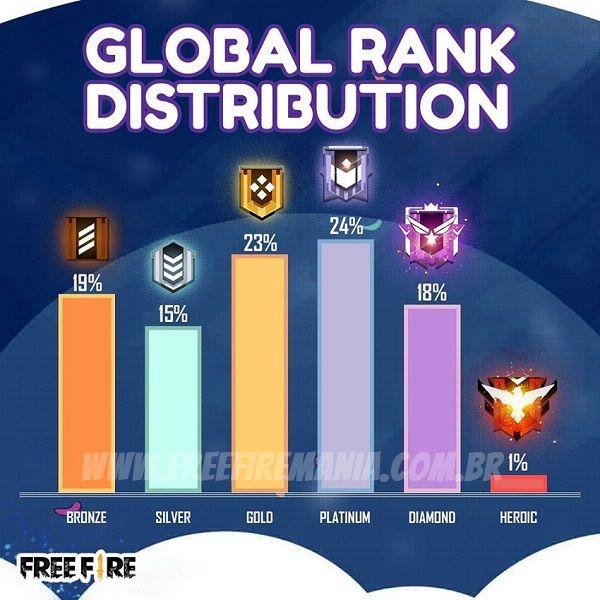 And you, what rank did last season end in?