In quarantine and with a Golden Tooth, Nego do Borel sings Free Fire

ID
IN QUARANTINE AND WITH A GOLDEN TOOTH, NEGO DO BOREL SINGS FREE FIRE


Nego do Borel is one of the greatest singers in Brazil and became even better known after the hit "you broke my heart", which was attended by Anita.

Quarantined at home and with new gold teeth, the singer sings a hit about Free Fire on his Instagram.

Also this Sunday (5th), the singer and owner of the hit “Me Solta”, posted a video on Instagram, in which with shiny teeth, he sang a funk song, in which he tells the lyrics about being quarantined and playing Free Fire . As a result, the post entertained followers who left thousands of messages.

In addition, the singer posted the following caption: "Ready! Kkk. Who's in boredom enjoyed it here and type ME, kkk, I'm going to sleep like this, let's play free fire, let's play free fire, is anyone there who plays?" #freefire #freefirebrasil, points out the singer for example. As a consequence, the publication already has more than 145 thousand views on Instagram. 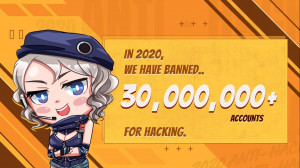 Free Fire Hacks: over 30 million accounts banned in 2020
2020 was a great year for mobile games, Free Fire reached the pinnacle of success. 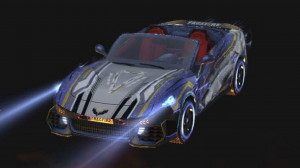 McLaren Racing and Garena sign partnership for future collaboration, see what changes in Free Fire
The partnership should come to life for players in mid-2021