ID
GEL GRENADE BUG ON THE ADVANCED SERVER
Hello Maniacs, We are testing the Free Fire Advanced Server and looking for Bugs to make the game even better. Garena has been improving the game every day, yesterday we confirmed that the company included an improvement in the game, which is the change in the characteristics of the implanted Gel Grenade, now it will break before disappearing completely, see: Change in the Granada of Free Fire gel . Despite the improvement described above, there in the Free Fire Advanced Server there is still and can be used the famous "Gel Granada Bug", in fact, this Bug can be done in Houses, Guaritas and any other building.

The Bug consists of launching Grenades (including the Grenade Launcher) through the Ice itself. During one of the stages of the Free Fire Pro League , the 1ST COMMANDO team used this same Bug and ended up losing the points of the match. 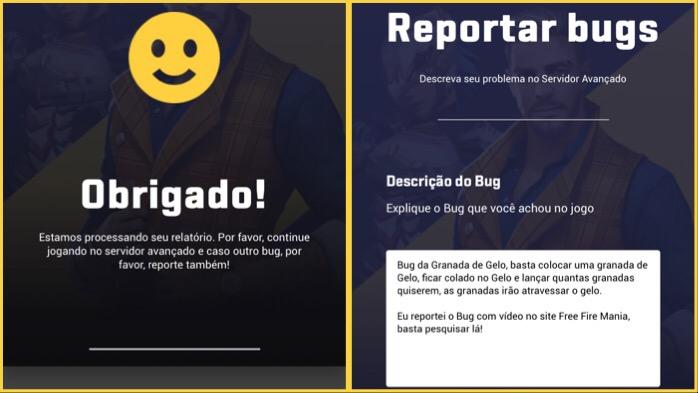 On the Free Fire Advanced Server, players receive prizes for finding and reporting Bugs on Free Fire, we have already done our part. Have you found any bug in the Advanced ?
SHARE
KNOW MORE: Grenade Gel Bug
RECOMMENDED: LATEST NEWS: