ID
GARENA UPDATES LBFF SERIE C TEAM LIST
Garena released yesterday the list of teams classified for Serie C of the LBFF ( Brazilian Free Fire League ) and many players complained about the chosen teams. See more: Updated list of teams classified for LBFF Serie C Tens of thousands of Guilds signed up to try a chance at Serie C, but with the limited number of places, only 1538 teams had access and, as always, who stayed behind. outside complained a lot. See also: LBFF Serie C rules A few hours after the official list was released, the list was modified and two teams were left out, GAYRENA. 2 and Gayrena 9 , which again caused repercussions through the hashtag #GOGAYRENA.

According to the LBFF Serie C Rules , created by the Garena Free Fire team in conjunction with the Player 1 team (eSports platform that belongs to the Globo group), in the part of the Code of Conduct we have the following excerpt:

Conducts or actions not permitted. The following actions are completely prohibited and will be subject to sanctions and discretion of the Arbitrators. Obscenity and discrimination. Use obscene, vile, vulgar, insulting, threatening, abusive, insulting, libelous or defamatory language. Harassment. Systematic, hostile and repeated acts that they perform to exile or exclude a person or affect his dignity. Discrimination and defamation. Offend the dignity or integrity of a country, private person or group of people through derogatory, discriminatory or disrespectful words or actions because of race, skin color, ethnicity, national or social origin, gender, language, religion, sexual orientation , political or other opinion, financial situation, birth or other state. Negative statements. Make, publish or support any statement or action that has or is designed to have a detrimental or harmful effect on the best interests of Player1 or Garena.

We reiterate that the Garena Free Fire team has yet to comment on the matter and the information above was taken from twitter .
SHARE
KNOW MORE: Garena Free Fire List of Classified Teams from Serie C Serie C LBFF GAYRENA Teams removed from
RECOMMENDED: LATEST NEWS: 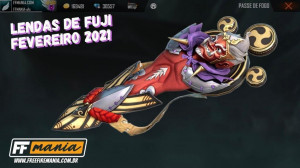 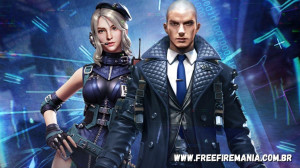 Free Fire Hacks: Garena issues a warning about "ANTI-HACK "
Game developers talked about the various ways in which your account can be banned from the FF