Revealed the numbers of total accounts banned on Free Fire for using hackers and third-party programs.


Garena has released new information about hackers and banned accounts on Free Fire . In total, 1.2 million accounts were banned for using hacks and third-party programs.

See also: 20 hacking rules that every player needs to know!

Check out the information about banned accounts below.

As you know, we are working non-stop to ensure that Free Fire is a fun, fair and cheat-free game (those who like to spoil the game for everyone).

From August 23 to September 9, our Anti-Cheat Team suspended more than 1.2 million cheating accounts worldwide, meaning accounts using third-party scripts and applications to take advantage of the game. This kind of dishonest attitude has no place in our beloved Free Fire. Cheating accounts are permanently suspended. That is, there is no way to regain access to the account once it has been suspended for cheating.

We would like to remind everyone that using Free Fire in combination with unauthorized third-party applications, scripts or macros, will result in account suspension. Keep denouncing the cheaters at the end of the game and together we will build a better and fairer Free Fire for everyone. 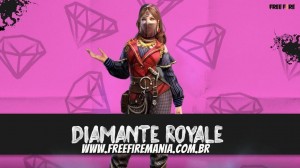 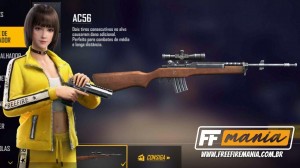 New AC56 Weapon Coming to Free Fire in August 2021 Patch
Shown in a wooden material with a long barrel, the AC56 is a weapon that falls into the Assault Rifle (AR) category.