Free Fire: how the game came about, the beginning of everything!

Get to know the history of Free Fire, how the island came about and the characters of the game

ID
FREE FIRE: HOW THE GAME CAME ABOUT, THE BEGINNING OF EVERYTHING!


Free Fire, where it started, the beginning of everything, how it started and how the island played by 50 players was created, in addition to the predecessor characters of Adam and Eve, check out everything in the first episode of the series recorded by youtuber Sara de Lima .

Throughout the series will be told all the original facts of the stories of Free Fire .

See also: Who created Free Fire? Know the story of the owner of Garena .

Free Fire: the beginning of everything - Episode 1

As many already know, in theory the first members of the game are the characters Adam and Eve, but the truth is that they were not the first to inhabit Free Fire Island.

All the characters at some point in the story end up in some way in the game, which for them is a totally unknown place. One of the first videos released by Garena shows how some got there. The truth is that before all the characters in the game arrived, there were already other people on the island. So let's say, the characters we know today were just the focus.

Free Fire on an environmental island

In the video mentioned, they say that Free Fire is set on an experimental island; so now you understand why I’m addressing the game as an island. It is an experimental island where a hidden company conducts tests, to know the survivability of those caught. So in other words, this secret company kidnaps people, and plays inside the island.

These people are constantly being put into a mutual slaughter, as in the Free Fire game itself, and before they can find the last survivors they are cloned to serve obscure purposes. That's why the same characters are always alive. Hit a stick in? 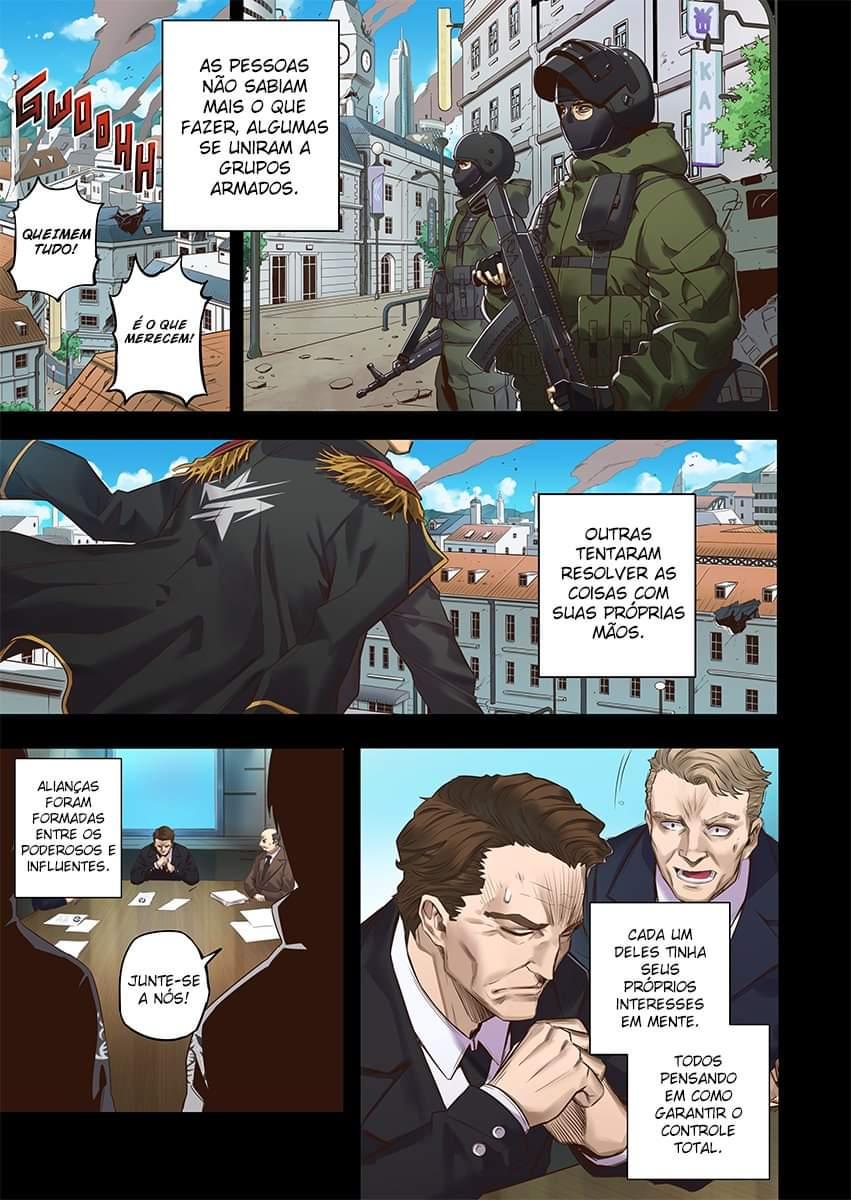 Among the survivors sent to the island are characters who have relationships. But the focus is still not on telling the story of each character, but on how it all started.

There is no trace of when they founded "a " Free Fire, an organization cited in history. There is no trace of when, but according to the facts told in the stories, and in Garena's own videos, we can conclude how this ended up happening. But for that we will start from the beginning. At the end of this episode, you will understand a little more about each organization, and why they fight.

For a decade the world economy was consumed by the recession. In other words, the economy suffered a drop in production, leading many people to unemployment and the crisis. For decades, these problems were ignored and the system collapsed. This fact is mentioned in the first chapter of a comic published by Garena do Brasil. As you can see here. 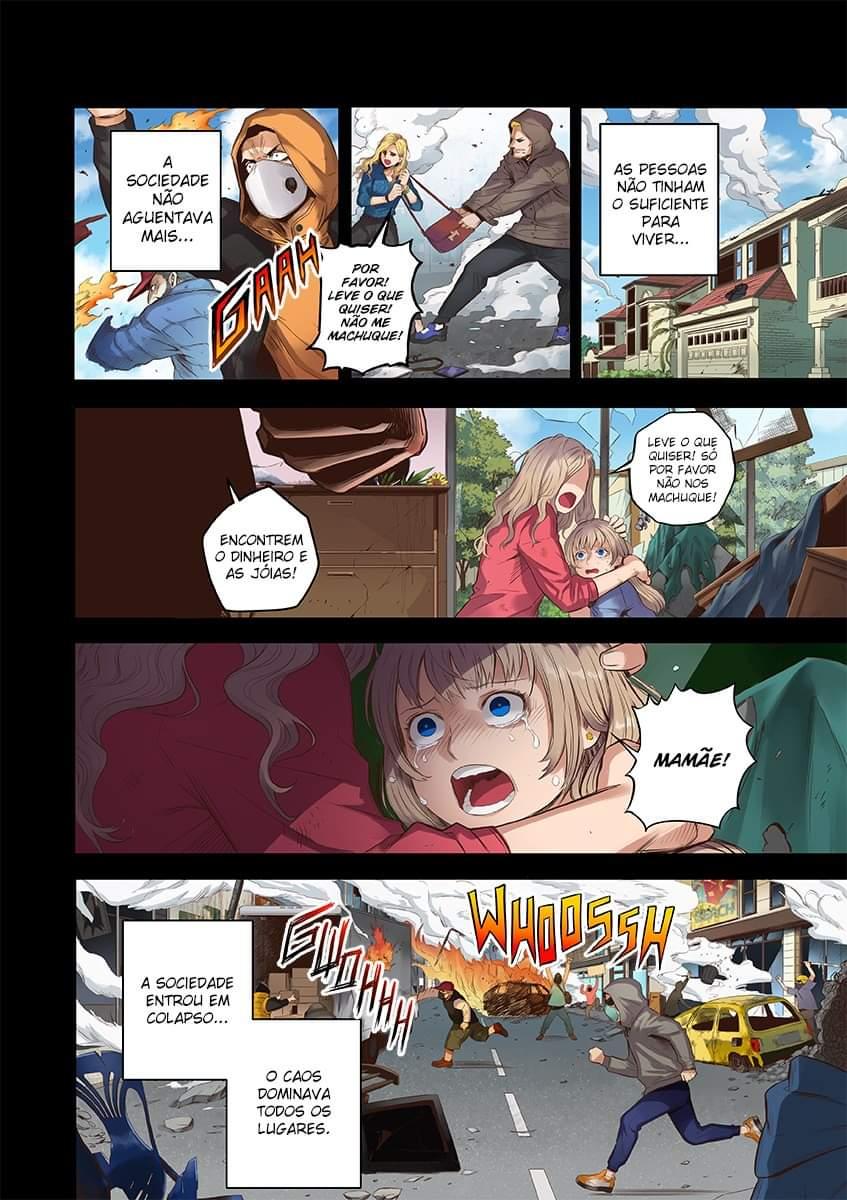 These were very difficult years, as people had nothing to eat, and the streets were in chaos. It was kind of a struggle for survival, since nobody had enough to live. During this period some people joined the armed forces, and ended up forming alliances. The world was divided, and two organizations were formed by the powerful and influential. Each with their own worldview, and with their own interests in mind.

Horizons of the Future

And now that we reach the groups we know today. The first group formed by people who defended brute force. These were called the freedom coalition. And the other led by diplomacy; science and other practices. These are horizons for the future. After many years of the collapse, these two groups met, and spent months at war.

No group was willing to surrender. And the war reached such a critical point that they ended up threatening themselves with nuclear arsenals. The diplomats, seeing that this could cause total destruction of the world, ended up negotiating a ceasefire between the organizations.

And that is how the freedom coalition joined "let's say so" horizons of the future. They left differences aside for the greater good, but that does not mean that each left their former interests aside. Now you must be asking yourself, and cybernetics, where does she get into this story? For that you will have to wait for the next episode.

And now what reasons do you think may have led to the horizons of the future to create the Island ? Comment there!