Know the history of Free Fire and its main moments in these 3 years of trajectory.


Free Fire was created by 111dots studio and had its first Alpha version released in August 2017 in Vietnamese language only. In September he won his first video on Youtube, the English version of the game only came out in October of the same year.

Still in the Beta version, the game was so successful that Garena bought the entire project and, of course, still kept the 111dots studio and people are still there today. This explains a good part of the things that arrive on the Vietnam server first, they must launch there before a global launch.

In this 3-year period, a lot of news, updates and even a lot of confusion happened, shall we remember everything?

Free Fire was released on December 4, 2017, when the global launch took place and the APK beta was made official. With a size of only 25 MB, the game became available in mobile phone stores like Google Play and Apple Store .

Initially, Free Fire was only available to 20 players, then it was upgraded to 30 and then to 50 people in the same match, as it is today. 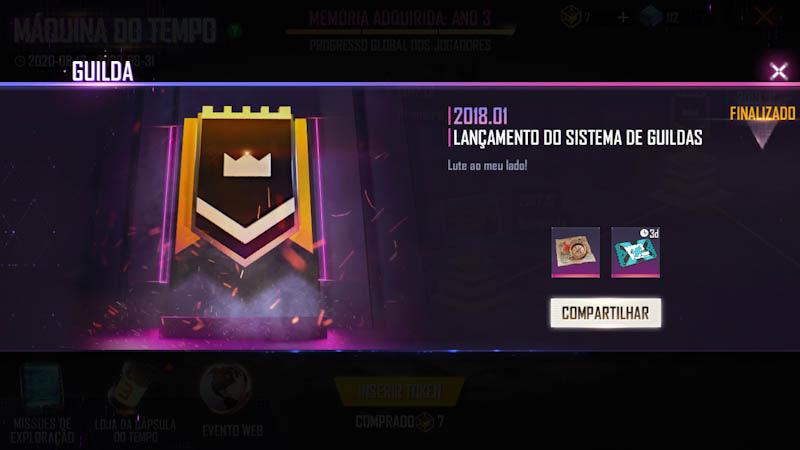 Free Fire was already investing in monthly updates and soon and just a month after the global launch, the game released the Guild system, where players could form teams and start games with their friends.

The Guild system became more and more competitive and over the years they became competitive teams. This was Garena's first step towards creating competitive eSports tournaments in the future of the game. Just like the LBFF we currently have. 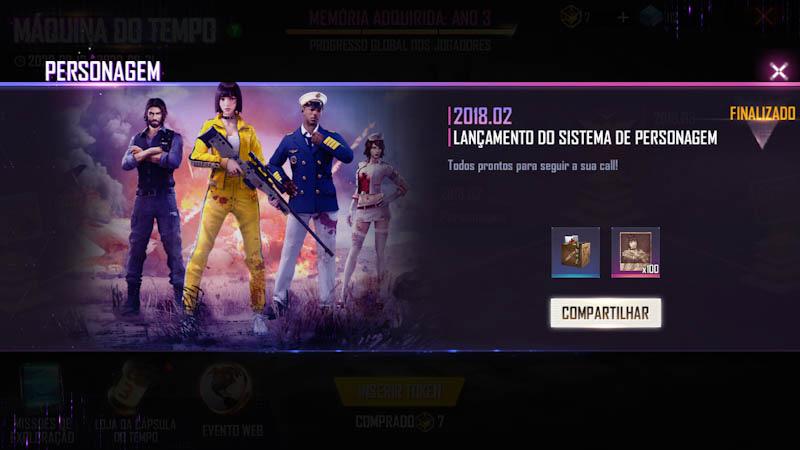 The system of skilled characters was an innovation in games in the Battle Royale genre.

Initially in Free Fire there were only Adam and Eve who had no special abilities, but in the February update the character system was inaugurated, from then on, each character would have a special ability.

At this moment the characters were added: Kelly, Andrew, Ford, Nikita, Olivia and Misha. We currently have over 30 characters on Free Fire. 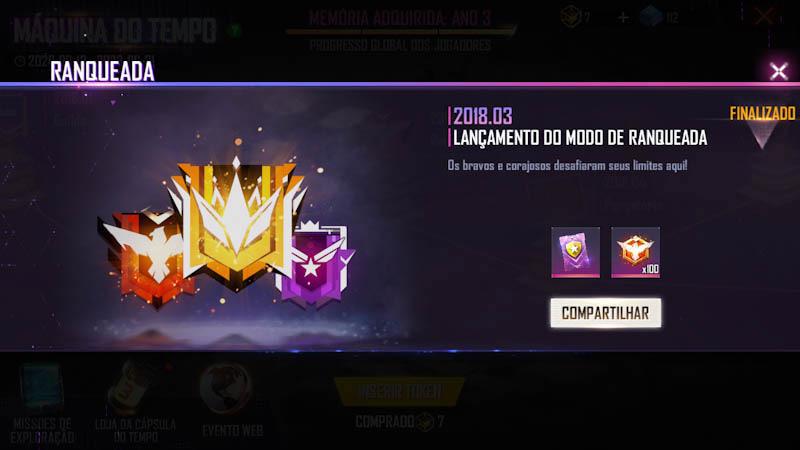 In the following update , already in March 2018, Free Fire launched the system of ranked matches.

Ranked matches give players points in competitive mode, these points are converted into Free Fire Patents . Patents follow the same pattern in games and sports, measuring their performance during the match and also the number of wins. In addition to creating a certain rivalry with other players, patents can encourage the player to improve skills and devise new strategies. 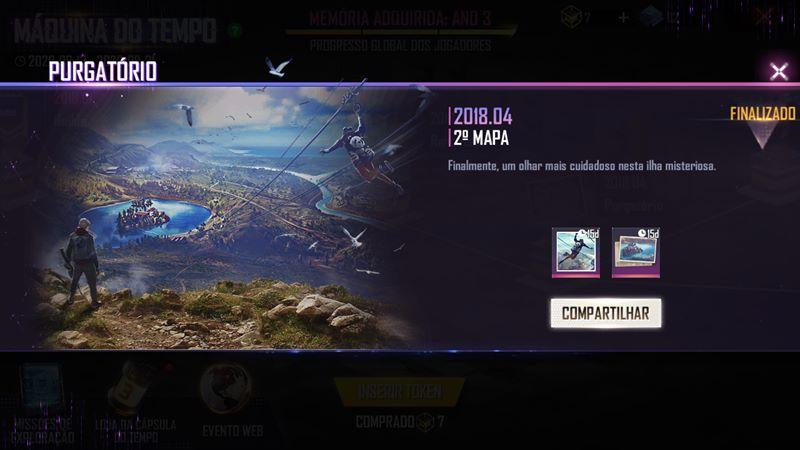 In Free Fire there was only a single map, Bermuda. Players asked developers for new maps, so that the game did not become repetitive.

Garena responded to requests and in April 2018 launched Purgatory.

In the beginning, the community complained a lot, because it is a very different map than shorts, bigger and with a lot of space in the open field. Throughout history Garena has made several changes to the map, until it reaches what we have today. 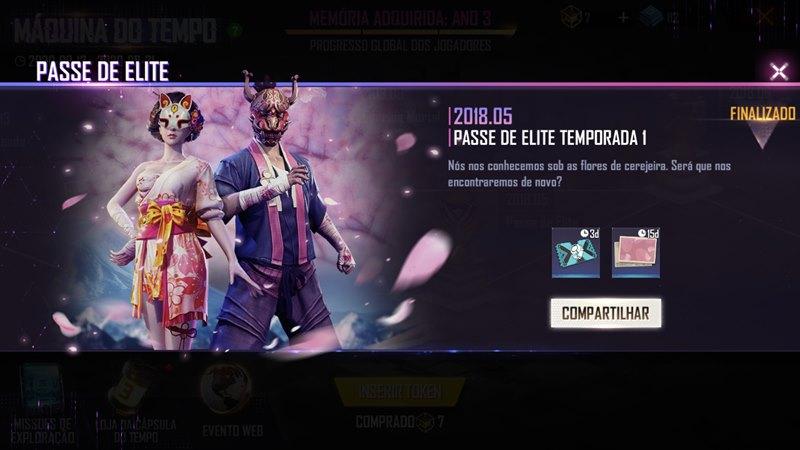 At this time, Free Fire was already emerging as the most downloaded game in Brazil but its source of revenue was still very small, players did not usually put diamonds in the game.

It was then that Garena launched the "braba", the Elite Pass system!

Flor de Sakura was the first Free Fire Elite Pass , needing only 175 badges. The launch was a mess, very few people were willing to buy the new system, as it was still quite confusing at the time. Perhaps this is why this Elite Pass is, for sure, the rarest item in Free Fire.

With completely independent content and made by players. Since then, with daily updates, plus tips, videos, tools and everything related to the game. 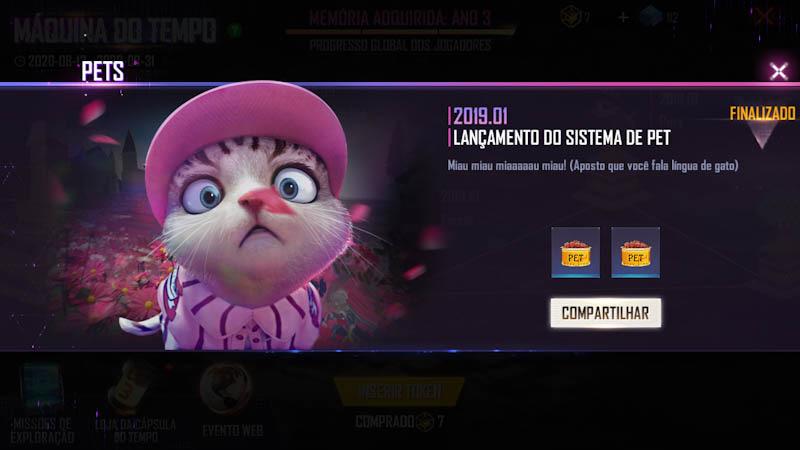 In the January 22, 2019 update, Pets arrived at Free Fire , it's the first time the characters have a companion in battle! So what are pets for?

Pets are meant to give players extra skills, as well as character skills, they can be decisive during a battle!

And who doesn't remember that first home screen with that kitten in front? What to say! 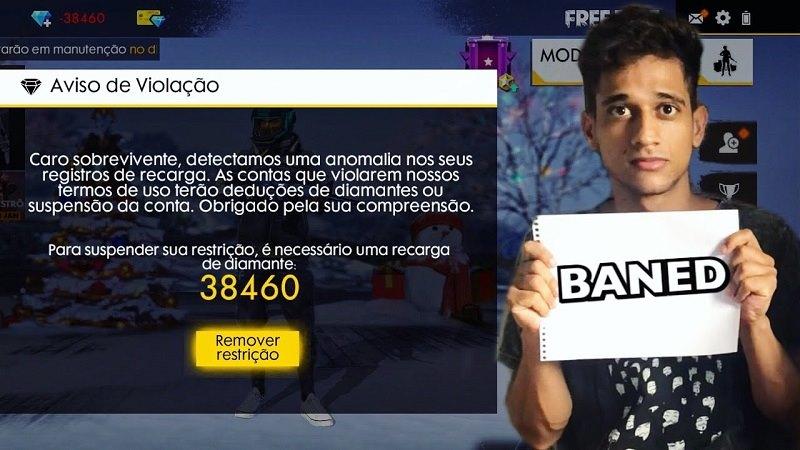 Also in January, one of the main youtubers of the time, El Gato ended up being banned by Garena.

At the height, El Gato appeared in a video taking advantage of a game bug to win diamonds. Thousands of players who watched the youtuber ended up following and making the "bug", which resulted in the banning of all accounts.

Later, Garena ended up releasing the youtuber account and also the players. 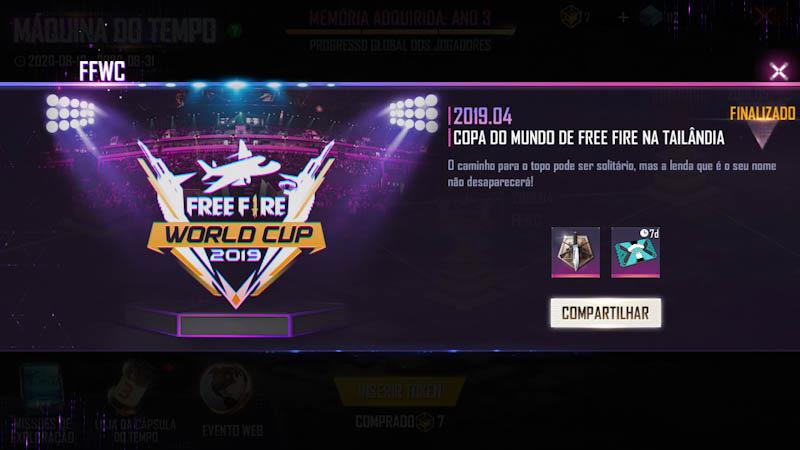 After long battles in Free Fire Pro League, teams Troop M3C (which was just acquired by Red Canids) and Scammers, 1st and 2nd place in the national tournament, traveled to Thailand to compete in the world's first Free Fire.

The Brazilian teams did not do very well, Golpista was in 6th place, but took the MVP title with the player Kronos (currently in LOUD). 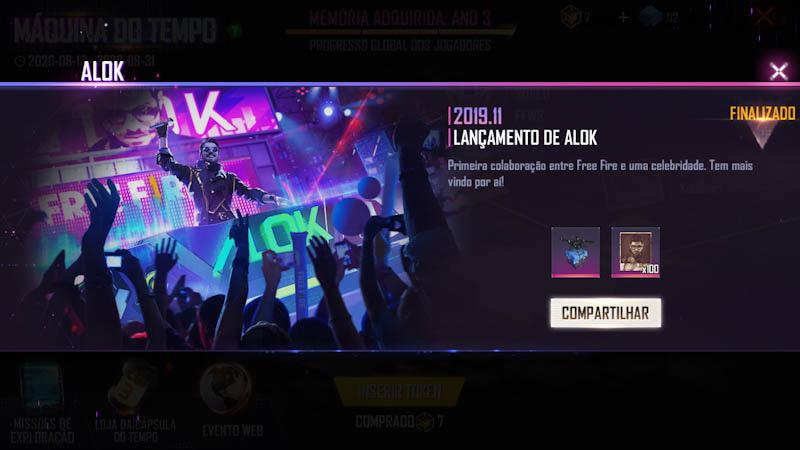 According to the game's staff, " Alok's name came up in January 2019, when Garena discovered that the DJ is a genuine fan of Free Fire . We talked to Alok and the idea of putting him in the game came up. . " Thus, the DJ became a character within Free Fire on November 11, 2019.

The DJ gave up all the income obtained with his character, transferring the values to charities. In addition, Alok also chose his skill closely, putting in something that could help other people.

Alok is currently the most used character in Free Fire . 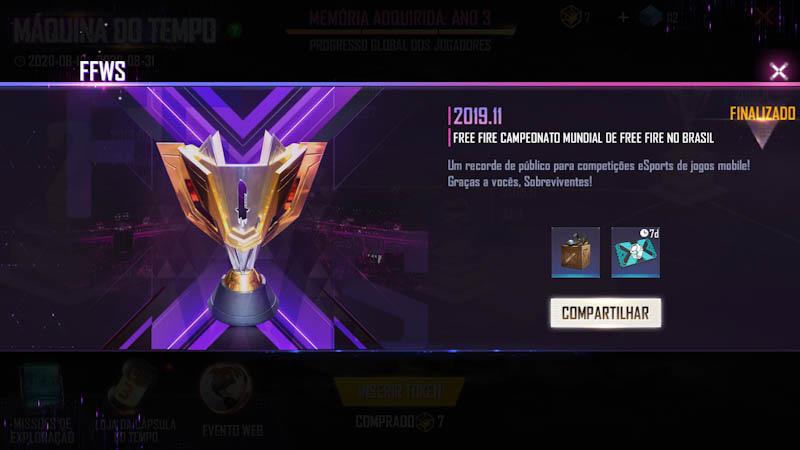 Brazil was recognized as the main community in Free Fire and ended up receiving the World Championship in 2019, in which Corinthians was champion . 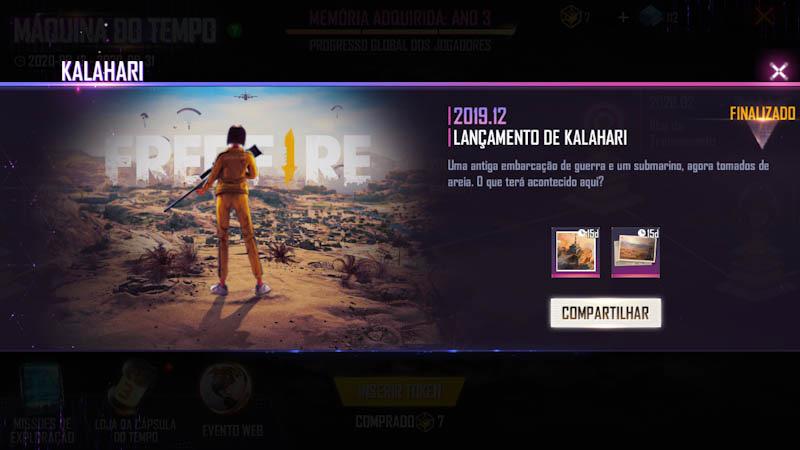 More than 2 years after the release of Free Fire, players had been asking Garena to create a new map for the matches.

The Kalahari desert map arrived in December 2019 and brought new emotions to the game and will be used for the first time in the competition at the 3rd edition of the LBFF .

Comment there, who went through all of that at Free Fire? What moment do you remember the most?