Free Fire 2021 Anniversary takes place on August 28th, check out the rewards that Garena has prepared

The fourth anniversary of FF is approaching soon, and players are incredibly excited about what Garena will bring them rewards.


Free Fire is one of the oldest Battle Royale titles in the mobile space and its popularity has grown year after year. The game shows no signs of slowing down, having already received more than 100 million downloads in the first half of 2021.

Since starting Alpha testing in August 2017, Free Fire has come a long way. The fourth anniversary of FF is approaching soon, and players are incredibly excited about what Garena will bring them in terms of events, free rewards and more.

Release date for the 4th anniversary of Free Fire in 2021

As previously mentioned, Free Fire was released in August 2017, through the Alpha version. Since then, the game's anniversary is celebrated every year in August, the date varies according to the needs of the Battle Royale developers. In 2021, Free Fire's anniversary takes place on August 28th .

In general, Free Fire's birthday party will be up to the Djs who collaborate with the game, they are: Dj Alok, Dimitri Vegas & Like Mike and also KSHMR, better known as the character Kamir. The island show is scheduled to start on August 20th.

The Free Fire 2021 anniversary takes place on the 28th, but there are commemorative events that start much earlier, among the main rewards are the following:

Remember that many foreign servers have already announced the free magic cube during the game's birthday festivities, here in Brazil the item has not yet been confirmed.

In short, the fourth anniversary of Free Fire is just around the corner, players are looking forward to the Free Fire anniversary date, which peaks on the 28th of August 2021, as well as many rewards with free items. 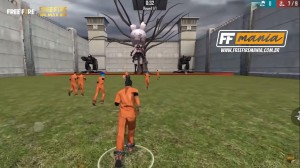 Free Fire x Round 6: Potato Chip 1,2,3... is released, learn how to play
Chips 1,2,3... is the new Free Fire mode in partnership with the popular Netflix series. 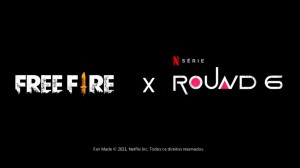 Free Fire x Squid Game: Garena releases footage from the partnership with the Netflix series
The series producers have a close bond with the people of Garena.