ID
AWAKEN THE NEW KELLY VENTANIA IN FREE FIRE
Garena started making a kind of modifications to the old Free Fire Characters and the first one to be changed is Kelly , who will have a modification called Kelly Ventania ! Despite being available on the Free Fire Advanced Server , Kelly Ventania is not a new character, she will be a last level of Kelly but with her own ability.

Awakening Shards: Bearer of mysterious powers, can be used to awaken characters.

To activate the "new" Kelly Ventania Character and her luxury package, there will be a new feature on Free Fire called Awakening . Do awakening missions to unlock Kelly Ventania:

Kelly Ventania has a special ability , called Deadly Speed . Deadly Speed : Activated after 7 seconds when running. The first shot will do 110% damage. It lasts 5 seconds. After spending 7 seconds running with Kelly Ventania, the player will have 5 seconds to shoot, this first shot will cause 110 damage to the opponent. Although not yet confirmed by Garena, everything indicates that the skills of Kelly Ventania and Kelly will be added after awakening . To find out what's coming up in the February update on Free Fire, visit: February Update on Free Fire 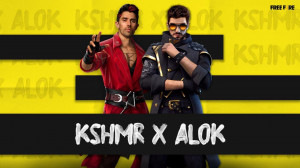 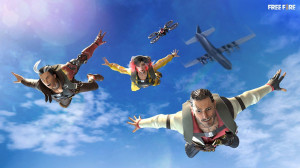 Police station warns parents about Free Fire
According to the Civil Police, criminals may be part of an international pedophilia network