50 Facts and Curiosities You Didn't Know About Free Fire

Over the years, many things have been forgotten, check the list of curiosities and facts about FF

ID
50 FACTS AND CURIOSITIES YOU DIDN'T KNOW ABOUT FREE FIRE


It is not news to anyone that Free Fire is one of the most popular games for mobile, since after its first year of release, it already had 7.5 million players and currently only on Google Play it already has more than 500 million downloads. That said, if you are passionate about the game or started playing now I bring you 50 facts and curiosities that you didn't know about Free Fire .

This article is a transcript of the Shadow FF channel.

50 Facts and Curiosities You Didn't Know About Free Fire

1. Many think that Garena is the developer of the game but he is only the distributor since Free Fire was created by a small Vietnamese company called 111dots. 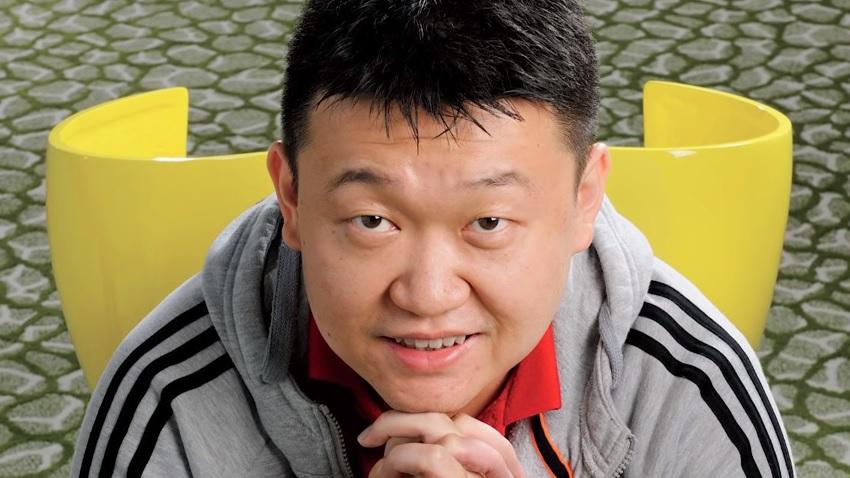 2. I'm sure you didn't know that Garena's owner, Forrest Li, is the second person in the world to become a billionaire with an online game, the first being the founder of Fortnite, Tim Sweeney.

See also: This is the life of the billionaire Free Fire owner

3. Free Fire was officially launched on December 4th, 2017 for the whole world.

5. Among players worldwide, Brazilians are considered the most important, so much so that it is easy to find
many references to Brazil in the game, such as the carnival skins, the city of Brasilia, character Miguel and more recently, the character Alok, who illustrates the most famous DJ in Brazil.

6. In addition to having a simpler gameplay than other games of the genre, Free Fire won the audience for being very light, facilitating its installation on any smartphone. 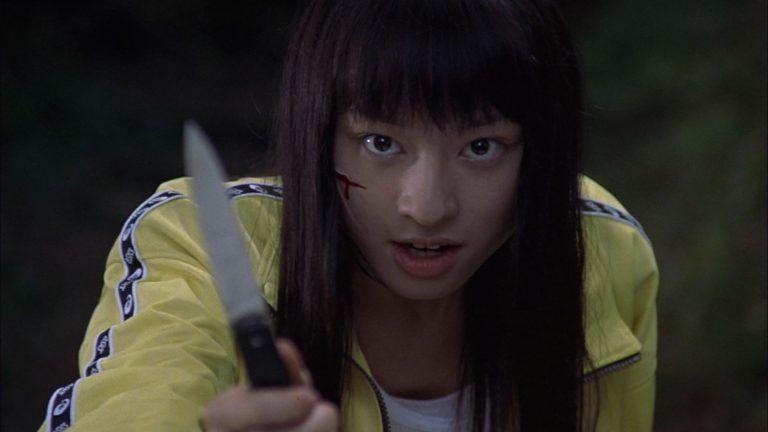 7. If you saw the Japanese film Battle Royale released in 2011, you must remember the character Takako Chigusa and there is no denying that his story and his look are exactly the same as that of the character Kelly.

8. To create the character Miguel, Garena was inspired by Captain Nascimento, who is the protagonist of the Brazilian film Tropa de Elite.

9. Another curiosity related to the characters is that Maxim has a very similar appearance to that of Mercury,
hero of the X-men film, Days of the Future forgotten.

10. Free Fire has become a huge success and that is why in 2019 the 1st Free Fire World Cup tournament was created in Thailand. 11. The first Free Fire world champion was the team and Evos Capital, from Indonesia.

12. The World Cup broadcast reached more than one million people live on YouTube, in what has become the biggest event on the platform.

13. Today Free Fire has more than 2 billion registered players and over 100 million active players every
days around the world.

14. The game has a direct competitor, PUBG mobile, which has been declining a lot since its withdrawal in the Chinese market.

15. Garena is also a distributor of some other games like League of Legends, Heroes of Newerth and the
FIFA online 3.

16. Free Fire is a phenomenon in Asia, but it doesn't compare to Latin American countries, you can see that by the amount of views it has on YouTube.

17. In July 2020, Pet Mr Waggor was announced, in which players fell in love with the fact that it "dropped" Gel Grenades.

18. The game that allows you to change your name, even if you need to spend 800 diamonds or if you have obtained a name change card . 19. In October 2019, a new implementation on the bermuda map was the rain system, which was soon removed by Garena.

20. Did you know that, since January 1st, 2020, Free Fire has made available the third map of the game, called Kalahari.

21. The Kalahari desert exists in real life and is located in the southern part of the African continent.

22. In the test version of the map, if you look closely, you will be able to see a skull drawn, you see that?

23. In other countries, the map has its name modified for each city, for example in the gringa, Porto Seguro is called Santa Catarina.

24. Leaving aside Nulla and Primis, formerly called Adam and Eve, check out the skills of all Free Fire characters . 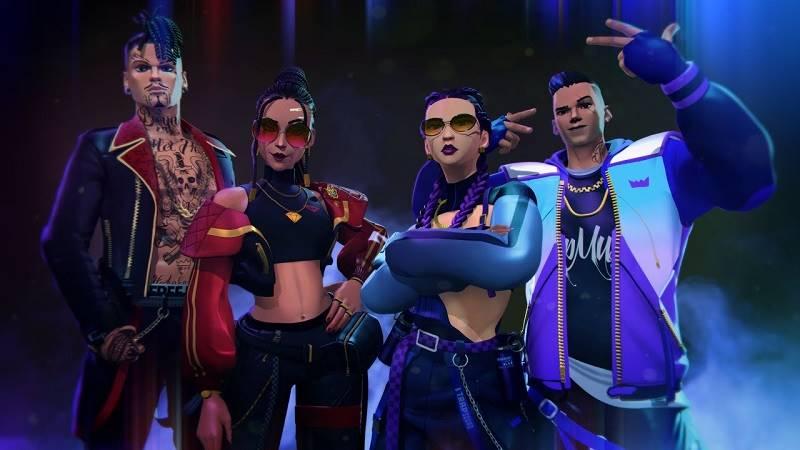 25. On January 21, 2020, we witnessed the launch of Trap, the Virtual Band that Garena Free Fire seeks to convert into a franchise, far beyond video games.

26. The Virtual Band has the voices of people from the United States, Japan, Brazil and Mexico.

28. The second Free Fire World Championship took place in Brazil, with a presentation by DJ Alok and the song VALE VALE. 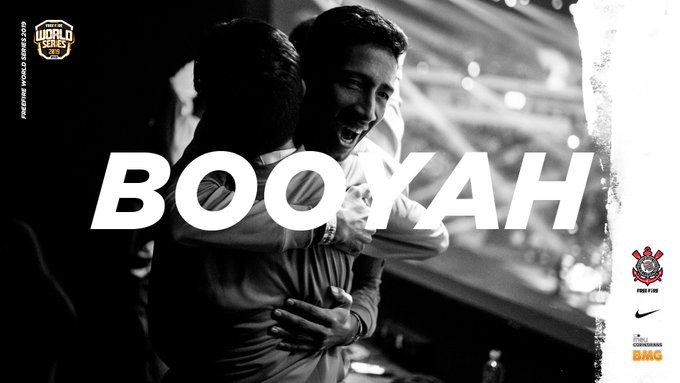 29. It was at that moment that Brazil won its first world title, in the last fall with a "cover" of Level Up, with Booyah, Corinthians became the second world champion.

30. The Copa America de Free Fire took place in Mexico, exactly on January 11, 2020, where were the 12 best teams of Latin Americans. 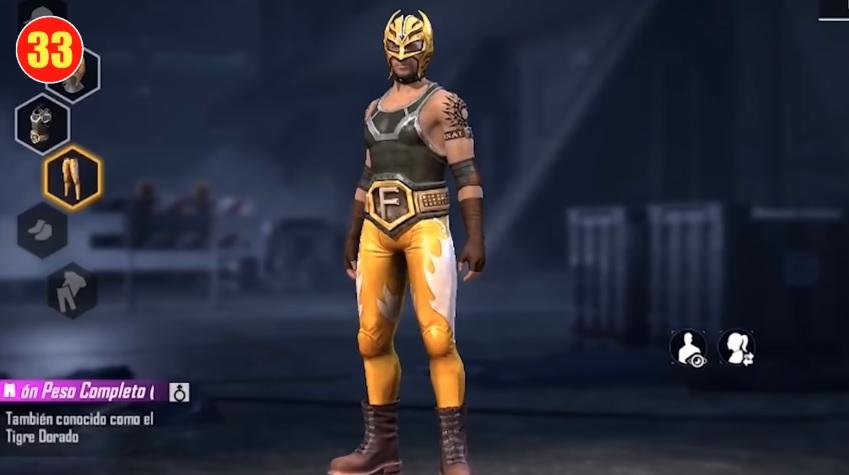 33. Do you like wrestling? This skin is a clear reference to the Mexican fighter Rey Mysterio.

34. You can write in color in the Free Fire chat, click here . 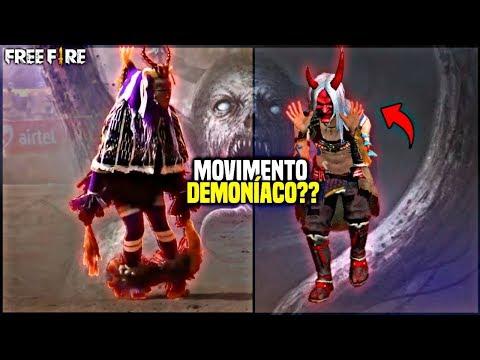 35. The Emote "Movement of evil " is inspired by an African dance, called the Zaouli dance.

36. I'm sure you didn't notice that Garena replaced the dollar symbol with a letter F. 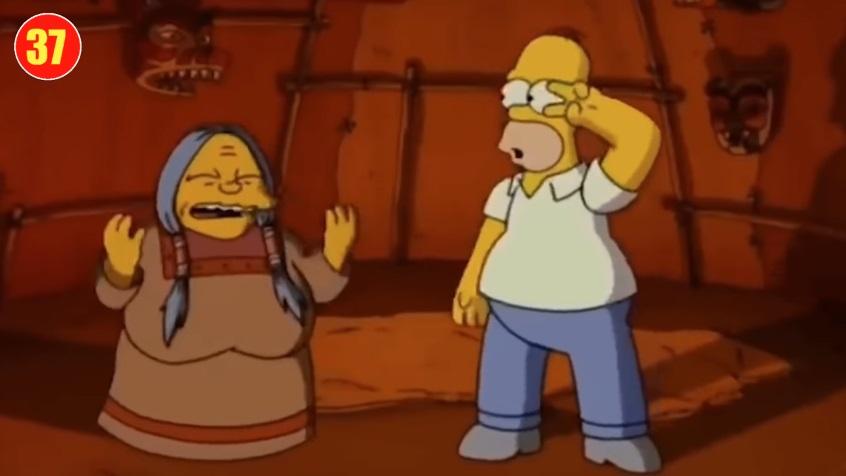 37. In a very clear reference to what Homer did in the film The Simpsons, it is the Jaguar Dance emote.

38. Did you know that all Elite Passes have their own website?

39. If your Smartphone has a gyroscope and you put the graphics on the ultra, the characters move as you move the phone.

40. The only Free Fire characters that flash are A124, Alok, Jossph, Rafael, Laura and Shani.

41. Matchmaking was added to the game and was made to balance the matches but many think that it takes into account the points in the ranks, but it works taking into account the number of wins.

42. Check the list of all Free Fire Elite Passes .

43. Did you know that it is possible to use all weapons in the lobby? 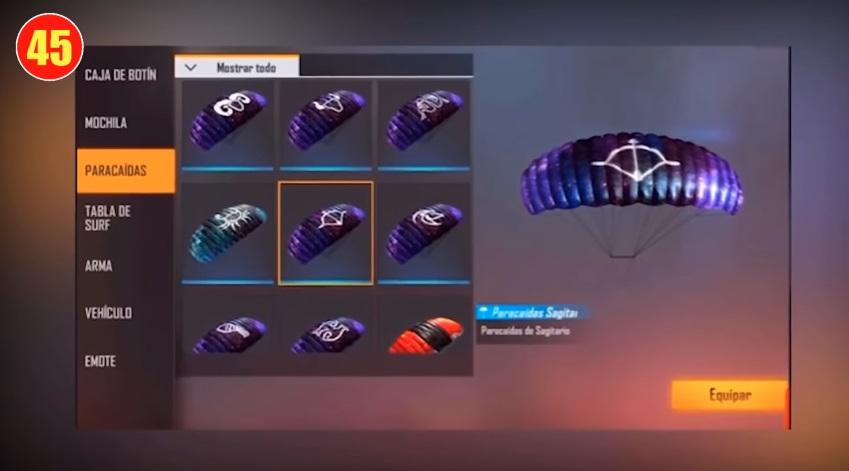 45. Did you know that there are parachutes for all the signs in the game?

46. We can find a clear reference to the game Street Fight in Emote Golpe do Dragão. 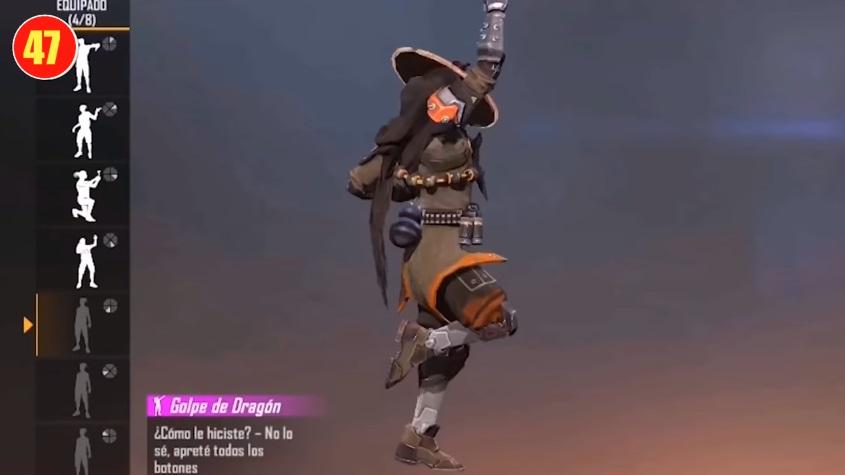 47. Did you know that, in the gringa, the Garena free Fire channel has a painting called Los Camperos Free Fire?

48. Did you know that in the latest updates you can now change Pets' skills?

49. I'm sure you didn't notice, but in the description of each and Emote has classic references to several real life memes.

50. Leave your curiosity in the comments.