ID
18 NEWS YOU DON'T KNOW ABOUT TOMORROW'S UPDATE!
Hello Maniacs, We've put together the complete list of everything that changes in tomorrow's update! There are 18 points of attention, stay tuned! What's new: 1. Special events for the Free Fire World! (Coming soon) 2. Free Fire World Cup BINGO - Players can complete BINGO by doing World Cup missions. 3. The Thrones of the World of Free Fire will appear on all maps. 4. New Game Mode - Deadly Uprising (Coming soon) -> More information here Players will have to defend themselves against waves of zombies to stay alive. Tokens of Valor will be dropping and can be used to exchange for exclusive skins! 5. New character - Hayato -> Click here to find out more! Bushido: The damage done increases when LIFE decreases. 6. New weapon - Katana. Cut through your enemies! -> Learn more! 7. Andrew is building launch zones on the map 8. New area in Bermuda - Observatory 9. Improved AN94 Damage increased from 35 to 37, Trigger rate increased from 0.20 to 0.185, Range decreased from 36 to 32 10. Improved VSS Damage increased from 25 to 27 11. Ability Change - Misha ( learn more here ) Misha now takes less damage when she is in vehicles 12. Lucky cards have been moved to Mortal Uprising 13. New missions added to the Pass Elite 14. Death Race opening hours replaced by Zombie Invasion 15. A giant egg has appeared on the island of Home! 16. New lobby background 17. New login screen and new loading screen (did I hear someone saying amen? Kkkk) 18. Optimizing the user interface "settings" Comment below what you think of the changes, which did you already know? IMPORTANT! This news will not be released by notifications, help by sharing these news!
SHARE
KNOW MORE:
RECOMMENDED: LATEST NEWS: 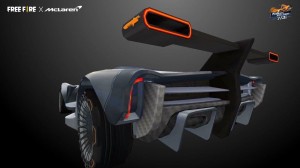 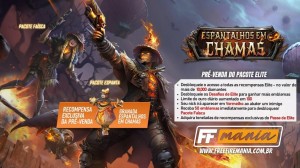 Elite Pass August 2021: pre-sale starts this Thursday (29), check out the items
Players will be able to buy the pre-order for 1,200 diamonds.